Challenges and future trends in the development of the LED


The world has initially formed in North America, Europe, Asia, three regions as the center of the industrial pattern, each in different areas has substantial advantages. The United States, Japan, Germany, represented by the LED lighting industry chain manufacturing capacity of developed economies in the high-end market dominance, with advanced equipment levels and a complete industrial chain system, but trapped in the labor, logistics, supply chain costs are high limitations, did not form the scale effect. In the Asian emerging market countries, India, Vietnam and other countries represented by the late development of the LED lighting industry, although with specific product manufacturing capabilities, but its industrial chain supporting imperfect, and also facing the country's political and economic situation is complex, social inefficiency and other problems, it is difficult to form a competitive short-term.
China, as the world's LED lighting industry, is the world's largest LED lighting products production and exporting country, with the LED lighting industry, the whole industry chain production and manufacturing capacity, in the LED lighting products production, research and development, sales has a solid competitive edge.
In addition, the rapid expansion of production capacity in the LED lighting industry in recent years has resulted in a low degree of industry concentration and more intense market competition. International first-tier brands such as Xinofei and OSRAM, as well as domestic first-tier brands such as Apple Lightning, with their strong brand, channel, management and technology development advantages, occupy most of the market share of mid-to-high-end products. Some of the new LED lighting enterprises with their own technical characteristics and product development capabilities have also seized the industry development opportunities to proliferate, successfully cut into the high-end segment of the market and occupy a particular market share. Many small and medium-sized LED lighting manufacturers, due to the limitations of their product technology, quality, brand and channels, mainly in the low-end market price competition. 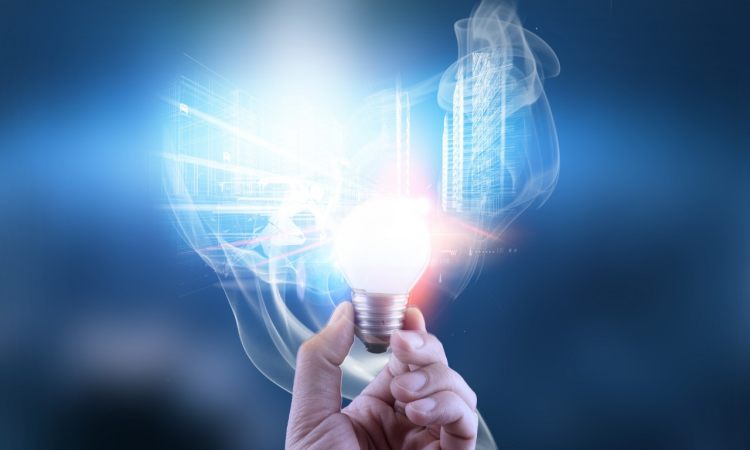 4.Analysis of the opportunities and challenges facing the industry

A. Countries around the world to promote the popularity of LED lighting products and national policy support
To improve energy efficiency, environmental protection, and cope with global climate change, the United States, the European Union, Japan, and other developed countries have introduced a ban on traditional incandescent lamps and support promoting the development of LED lighting industry policies.

B. LED lighting technology continues to develop, prices continue to fall
The progress of technology has determined the rapid growth of the LED lighting industry; LED lighting products to replace energy-saving lamps are the trend of the development of the lighting industry.LED lighting technology progress is mainly reflected in two aspects: continued improvement of light efficiency. According to relevant data, in 2018, industrialized high-power white LED luminous efficacy exceeded 180lm/W, LED indoor lighting luminous efficacy exceeded 100lm/W, outdoor lighting luminous efficacy exceeded 130lm/W; second is the continuous decline of cost price. Affected by the upstream chip technology improvement, production capacity growth and luminaire production process optimization, the cost of primary raw materials gradually declined, reducing the production cost of LED lamps and lanterns.
According to statistics, the price of an LED bulb is equivalent to 60 watts, its price in January 2011 about 45-50 U.S. dollars/piece, while in July 2018, the price slipped to less than 10 U.S. dollars/piece, to May 2019 further down to 7 U.S. dollars/piece, the price of LED lighting products has gradually approached the price of traditional energy-saving lamps.

E. China's industry standards continue to improve; standardized development has become the direction
In recent years, under the guidance of the National Development and Reform Commission, the National Standards Committee, the Ministry of Science and Technology, the Ministry of Industry and other government departments, and with the promotion of relevant industry organizations and institutions, China's LED lighting standards testing and certification has made progress. According to the National Standards Information Public Service Platform statistics, as of May 31, 2021, China has issued 187 national standards, 174 industry standards, 247 local standards related to LED lighting, and actively carry out group standard pilot work, and actively participate in the international organization ISO/TC274 standardization work.
In addition, the application of LED lighting products is becoming more and more extensive; its downstream applications, such as outdoor places, stadiums, etc., have gradually established the relevant management norms. In addition, the Ministry of Railways, Ministry of Transport, Ministry of Public Security, etc., have also established the relevant standards for LED lighting applications. The establishment of the above industry standards and norms will help promote the orderly and standardized development of the LED lighting industry.

B. the domestic LED lighting enterprise brand influence is weak
From the global development of each region, the global LED lighting industry has formed to the United States, Asia, Europe, the three regions as the leading industry distribution and competition pattern, and presents Japan, the United States, Germany as the industry leader, followed by Taiwan, South Korea, mainland China, Malaysia and other countries/regions to actively follow the echelon of distribution.
Internationally, international giants such as Xinofei and OSRAM occupy a large market share in the high-end product market, each with its characteristics in terms of products and markets, forming a complete industrial chain for LED lighting, and taking advantage of their innovation in the field of new products and technologies, mainly engaged in the production of high value-added products, mastering key core technologies such as high-end materials, optical design, power management and heat dissipation technology. The domestic LED lighting enterprises brand to enhance the value-added capacity is weak, or the pursuit of sales scale and ignore brand building, with less internationally competitive brand enterprises.

Last article：How to solve the problem of LED lighting strobe Next article：What certification is needed for led lighting!